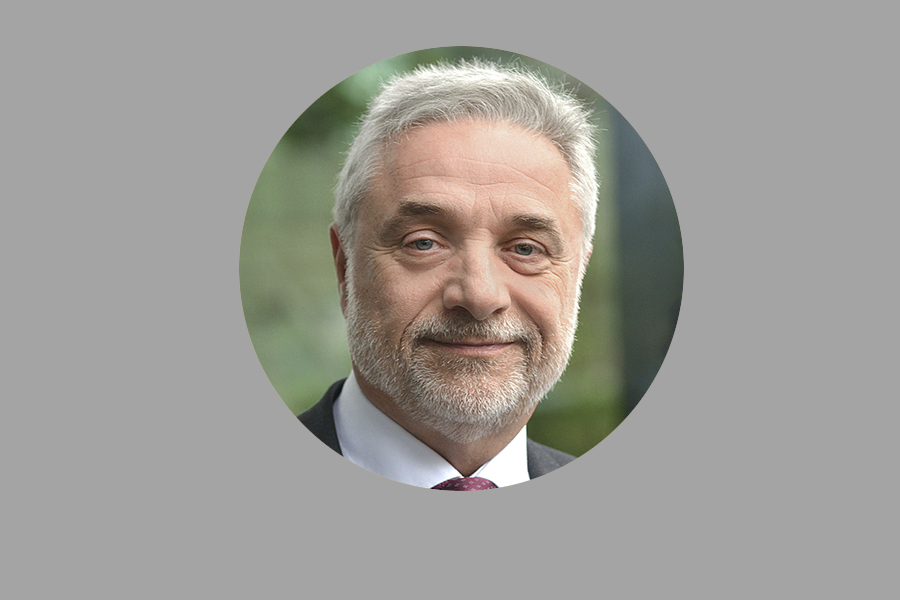 TRAINOSE, one of Greece’s primary railway operators, offers freight and passenger transportation services, which it has established through a legacy of over 150 years under the OSE name. The company’s CEO, Filippos Tsalides, describes the series of mergers and acquisitions TRAINOSE has undergone in recent years, and just as importantly, its cultural transformation to a private sector-oriented organization. Now, TRAINOSE has plans to invest a huge amount (around 2 billion euros) to fully upgrade their network, with projects including technological advancements and rolling stock improvements

How is TRAINOSE uniquely positioned in the railway market and how does it currently contribute to Greece’s socio-economic development?

The railway system reorganized in 2010 and what was previously the Hellenic Railways Organization (OSE) was divided into three separate companies and one subsidiary. TRAINOSE is one of those three companies and was established in 2007 and absorbed the company Proastiakos SA. As part of privatization efforts in 2017, Italian FS Group, the third-largest railway operator in Europe, bought TRAINOSE. Since this restructuring, the future has been bright. One of our biggest challenges was in transforming our organizational mentality from that of the public sector to the private sector. Historically, the organization struggled with recruitment, with some of its train drivers having joined in the 1980s. After 2017, we set priorities for running the business successfully. We have already recruited 72 train drivers and we are going to recruit around 70 conductors next month. We have grown to employ more than 1,200 people, one of the top five companies in terms of employment, especially after our merger with EESSTY, the Hellenic Company for Rolling Stock Maintenance.

Of course, the EESSTY staff has the same challenges we have faced internally, with many of the personnel coming in with close to 40 years of public sector work. So far, we have recruited around 270 employees in EESSTY, which now comprises the technical base of TRAINOSE. Those new employees must be specially trained since rolling stock maintenance is not an area of expertise easily found in the Greek market. TRAINOSE is now a vertically integrated company with its technical base. As one of the largest railway companies in the Balkans, we can offer maintenance services to any potential new carrier requesting rolling stock maintenance. In particular, after the merger with EESSTY and our ongoing recruitment efforts, we are now in a phase of investments for the renovation of our depots (where our new rolling stock will be maintained), which are in poor condition. We are starting with the depot in Thessaloniki, followed by the depot in Athens, and we will slowly expand into Greece’s other major cities.

Given the extent of the privatization process and subsequent mergers, how has the corporate culture of TRAINOSE evolved in the last several years?

Changes in corporate culture are linked to changes in the mindset of every employee. We have upgraded our professionalism and we have had feedback from our passengers that they are already noticing the difference. At TRAINOSE, and more broadly in the country, a step-change is needed towards a new culture, and at TRAINOSE we are persuading employees that they all make the company what it is, and must be positive to gain positive results. I think that we are heading in the right direction. With a lot of effort and many sacrifices, we will make things happen. The country needs investments and we have an opportunity to become an investment destination.

How is TRAINOSE incorporating new technologies to upgrade the passenger experience?

Investments in the near future for TRAINOSE include new rolling stock, hybrid trains that will arrive by 2022 and investments in IT systems. Such investments are expensive and need time to be fully implemented. We are also upgrading our technical staffing base so that we can maintain the new trains and systems once they arrive. We are also thinking of establishing a forwarding company soon.

What projects are the focus of TRAINOSE’s investments?

The results of the last quarter of 2019 are very promising. This is due to the electrification of the line between Athens and Thessaloniki where we have not used yet new rolling stock. The total travel time was reduced from five and a half hours to four. We provide services of higher quality to our first-class passengers. Additionally, we are waiting for the new rolling stock to come in and completely change the game. When OSE’s signaling and telecommanding projects will be completed, we are going to have a different experience for the Greek railway. We will boast greater infrastructural capacity, greater security and higher speeds on the network, resulting in shorter travel times. Our target here is to be competitive with the airplanes. Upon completion of these projects, the network capacity will increase, and we will be able to service a greater number of trains across the network. I am confident that the current political leadership in the government will support and push forward these critical projects.

If the planned logistics centers in Thriassio Pedio and Thessaloniki will be implemented, then we will have the railway infrastructure to transport products by rail and stimulate job creation across the economy

Can Greece become a logistics hub in the wider region, and what will be the role and contribution of a modern railway operator? What is the role of the Thriassio transit center project in this effort?

Greece has struggled with infrastructure over the years. All government schemes since the 1960s largely focused on road transport, and the railway was left behind. Another issue has been completing projects on time. These two factors combined have significantly slowed progress for the Greek railway system. Most of Greece’s major roads have now been implemented, so now the time is right for the government to focus on the railway projects. Reducing lignite-based electricity production and focusing on renewable resources are positive steps, but they are not enough. If the planned logistics centers in Thriassio Pedio and Thessaloniki will be implemented, then we will have the railway infrastructure to transport products by rail and stimulate job creation across the economy. Regarding Thriasio I, there have been issues on this project with the European Commission and so we have to wait for the solution before work can commence. The RFP for Thriasio II, which we participated in, went unanswered and requires a revised RFP to be put back out to the market. I hope that this government will change the procurement specifications if re-release the Thriassio II tender. From our side, we have two warehouses next to the Thriassio II plot, which are the largest in Southeast Europe. This would be an asset in the Thriassio II project, but we plan to utilize them with or without that project.

What can you tell us about inter-Balkan connections?

We currently have contracts with all four railway operators that exist in Bulgaria and we have contracts in North Macedonia. We have also been assigned the transport for COSCO, utilizing two trains daily. We also have the transports from Thessaloniki Port to the Balkans countries, mainly North Macedonia and Bulgaria. We are also exploring opportunities to expand into Romania.

What is the modern face of TRAINOSE at a time where Greece is relaunching itself in the global economy after the crisis?

We are currently in the process of rebranding. For 150 years, OSE was one of the only means of transport across Greece and thus an integral part of the fabric of the country. Now it is time for a new brand that focuses on our modern European image for Greek railways. Our vision intends to open up the market for Greece, increase commercial transports, and introduce green solutions that reduce our carbon footprint.