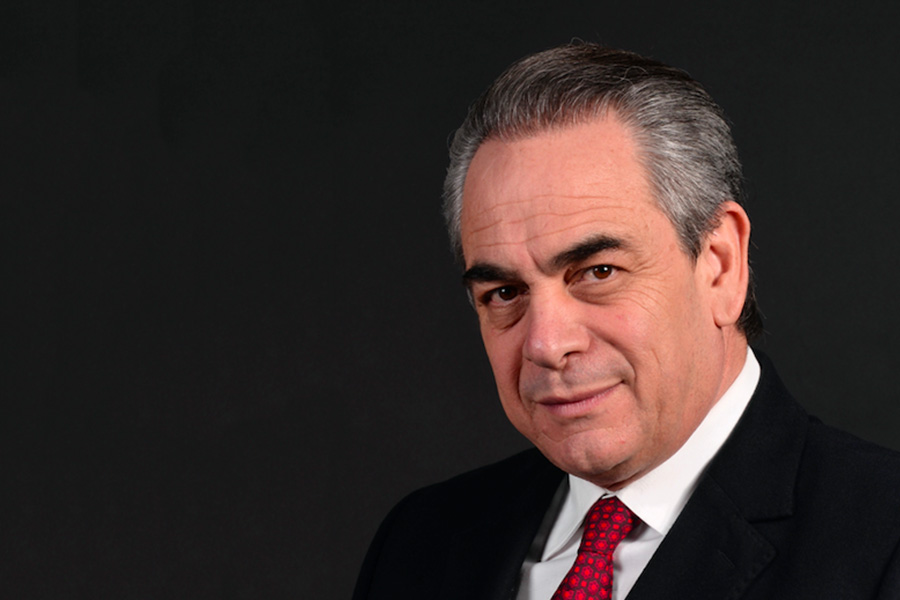 President of Athens Chamber of Commerce

Providing a voice for its business community, Athens’s Chamber of Commerce has been at the forefront of efforts to modernize and reform Greece’s economy in recent years while honoring commitments under the austerity package. As the green shoots of recovery continue to show, the chamber’s president, Constantine Michalos, discusses in this interview his commitment to digitalization, the importance of Greece’s participation in the fourth industrial revolution, reflects on the chamber’s vital role as an adviser to the government on economic matters, and how it has transformed the process of opening up a new business in Greece to become the fastest in the EU

Today the outlook for Greece’s economy is more positive than it has been for many years, how do you evaluate Greece’s progress and how can Greece succeed in further rebooting its economy?

In August 2018 Greece completed its obligations under the austerity package. We are still under supervision, and will remain under the supervision of our European partners and other financial institutions for some time to come, however we now hold our fortunes in our own hands. One thing is absolutely clear: we cannot revert to the old methods, styles of government or economic policies that existed before 2009. We are part of a globalized system, and within the European Union and the Eurozone where we belong and which has very stringent rules that need to be obeyed.

There are a number of reforms that need to be implemented so that we can return to competitiveness, not just in relation to our neighboring countries, but also in comparison to northern European nations. The first moves that we have seen from the new government concerning business tax levels are encouraging, because although there was only a small reduction by the previous government of a percentage point from 29% to 28% in corporation tax, which is what we have today, the new government has submitted the relevant legislation to further lower this from 28% down to 24%, the dividend tax from 10% to 5%, and the freezing of VAT implementation for 3 years on all construction licenses. This is significant because construction always used to be, and still is, a major part of the Greek economy. So these are positive measures that are emerging for Greek business, and of course this sends out the message to the foreign investor community that something is changing in Greece. What we need to understand is that while we are reducing taxation, the basic worry of any potential foreign investor is the stability of the taxation system. Once you have completed your taxation policy, you need to pass a law that says quite clearly that you are not going to make further changes for at least five years, if not ten.

Secondly, we need to reform our judicial system in Greece because even today, in spite of the reforms that have taken place over the past three or four years, you still need approximately 1,000 days in order to issue a first instance court case decision. By the time that your case reaches the Supreme Court, you are talking about five to six years in total, and this can make it difficult to enter into a business agreement with anyone. The government has realized that reform of the judicial system is important and we have offered a number of solutions to this problem, such as through the Chamber’s mediation and arbitration center that was set up in 2014. Through this body we can resolve differences that arise between two parties in a very short space of time and at a competitive cost.

Thirdly we need to ‘reconstruct’ the banking system. At the moment, although we have completed our obligations towards our partners as far as the austerity package is concerned, as well as three recapitalizations of the banking system, for which the Greek people have sacrificed a great deal, the banking system in Greece today is still not up to the level it should be in order to finance healthy small and medium-sized enterprises to allow them to grow further. If you succeed in raising a loan from a Greek bank today, and you are a small business entity, you will have to pay 66.5%, which is five-times higher than an equivalent German company would pay to a German financial institution. The banking system has amassed a tremendous balloon of non-performing loans over the past few years: this needs to be eradicated in the shortest period of time possible so that banks can become solvent. We need to address the problem head on instead of circling around the issues.

How do you see Greece’s ability to address the brain-drain and what other key issues do you see the country facing?

We are now at the beginning of the fourth industrial revolution. Greece missed out on the first and second industrial revolutions due to the geopolitical situation of that time: we were under the Ottoman Empire and so we didn’t have the ability or the ambition to participate. We missed out on the third industrial revolution because of our own ideological differences and our political system, and that was a tremendous wasted opportunity for which we are continuing to pay the price today. It would therefore be a crime for Greece and the Greek people to miss out on the fourth industrial revolution. This is a golden opportunity for the Greek economy and we have the human capacity to meet this challenge. We have lost thousands of scientists over the past five or six years because of the brain-drain. The only way you can begin to re-attract these people is to show them that here locally, they are achieving something that is equal to or better than what they are doing abroad. We still have a strong level of human resources here which we must utilize, because if we don’t, we will continue to see many looking towards the exit door and abroad. I’m confident the government understands the situation and we are taking serious steps to enhance and promote a digital economy here in Greece with a number of programs that are funded by European structural funds as well as other sources. Here at the Chamber we run a successful start-up organization which began back in 2014 with a first phase of 47 companies, seven of which have since been sold to foreign investors. We have also increased awareness of the business angel model. Regarding Chamber activity, back in 2007 if you needed to set up a company in Greece you had to go through 137 different steps, and timewise you needed between one month and forty days, with a solicitor present at all stages. In 2018 we were commended by the European Union as we had made it possible to set up a company digitally, from your home or your office, in 13 minutes. This year, we have reduced it further to 8 minutes which is now the fastest in the European Union. A World Bank report recently named the Athens Chamber of Commerce as the number one in Europe, and the number eleven in the world. 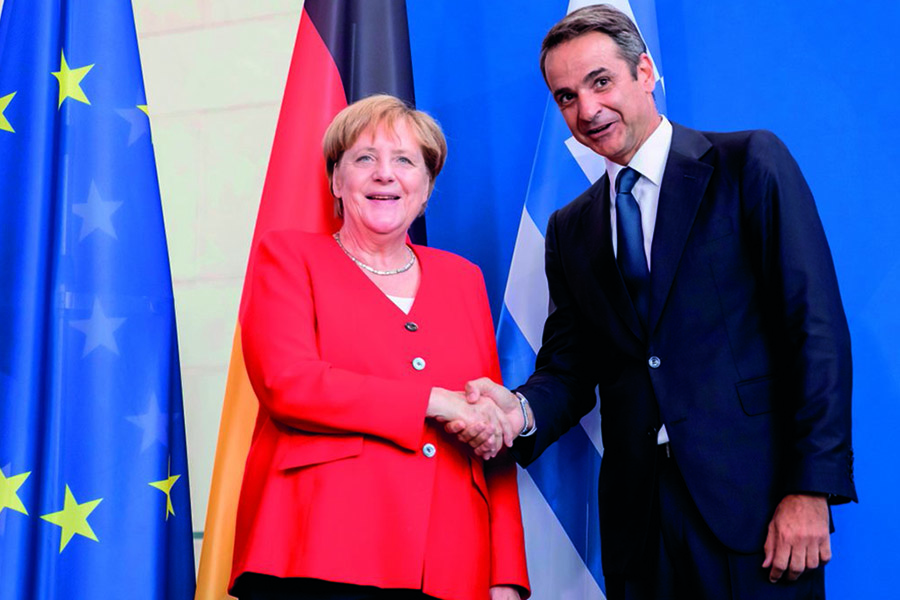 In 2018 we were commended by the European Union as we had made it possible to set up a company digitally, from your home or your office, in 13 minutes

What do you see as the key sectors and drivers for the development of the Greek economy?

During the crisis there was one element of the economy that I described as a small miracle, and that was the export industry. While Greek companies and society were suffering, the export community was flying: over the past few years we have seen double digit increases on an annual basis. The problem is that the extroversion community accounts for just 1.89% of the business community in Greece, and while they did extremely well and activated their instincts for foreign markets, locally the market shrunk. This is why I put forward to both the previous and the current governments that sustainable growth will only come from added value, and the added value will only come from productive investments. What is really going to drive sustainable investment in Greece is if an investor buys an industrial plot of land, builds a factory, brings in cutting-edge machinery, employs 400 people and manufactures products that are 40% for the local market and 60% for exports. That is the kind of investment that Greece needs in order to maintain a sustainable growth plan, and to be able to achieve the 2% surplus that we have committed ourselves to up to 2060.

What initiatives best reflect the role that the Chamber has in the Greek economy?

The chambers of commerce and industry are described by the Greek constitution as the advisers of every government on matters of growth and economy. We put forward positions on where the economy should be going and how we can facilitate that particular course, through advising on tax policies, on customs and excise policies, on exports, on European structural funds and how these funds should be allocated for the better use of the business community, and society in general. We are also promoting bilateral relations with targeted countries that are key markets. We run many trade missions, whether they are executed from Greece towards these target countries, or receiving trade missions from abroad. More importantly, over the past few years digitalization for us has become second nature and we are hoping reach the level of the German model. As a result we have signed many agreements with chambers of commerce in Germany such as Frankfurt, Munich and Berlin, and we have emulated their models linking education and production. We are currently running a program that provides training for 15,000 workers in the private sector on the digital tools that are being introduced in the economy.

Finally, how do you see the relationship between Greece and Germany developing and changing?

We are now at a stage where the Greek business community has the size and the ability to be able to cooperate with large German companies. We are seeing more and more cooperation, especially in the energy sector, and we are looking to expand the number of sectors where this type of cooperation can flourish.