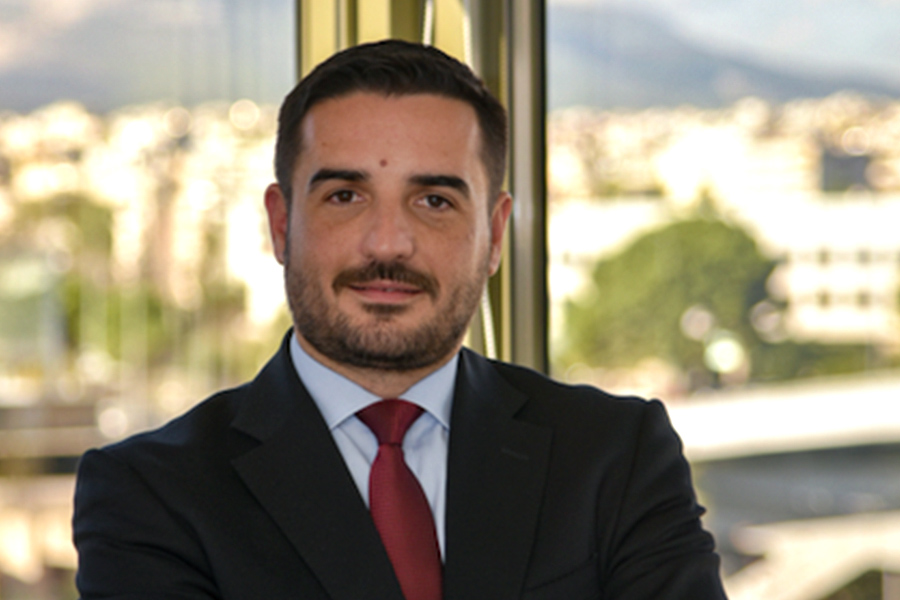 A global leader in renewable energy, Enel Green Power is positioned at the leading edge of Greece’s energy transformation. Recently completing the Kafireas wind farm project, the largest facility in Greece, Enel Green Power continues to work on the country’s critical energy projects and has introduced sustainable methods to the market, including their “Sustainable Construction Site” model. Head of Power Generation Europe Aristotelis Chantavas discusses Enel’s historic and current success in the market, the company’s passion for sustainability, and why he thinks Greece is poised for even more growth in this sector in the upcoming years

In October 2019 Enel Green Power Hellas mobilized its new Kafireas wind farm complex, the largest wind facility of its kind in the country with an overall capacity of more than 154 MW. What drove Enel to make such an investment in Greece and how is this project contributing to Greece’s energy transformation?

The decision to invest in Greece was made over a decade ago, as part of the company’s first steps to expand internationally. In 2008 we recognized the country’s untapped wealth of renewable resources and since then have pursued a sound financial and industrial strategy that has allowed us to overcome obstacles throughout the years and led us towards the development and completion of Kafireas. Kafireas contributes to decarbonization, reducing CO2 emissions, and accelerating the transformation of the existing energy mix, helping Greece meet its international obligations to tackle climate change while taking a steady step towards ensuring the country’s energy autonomy.

Can you elaborate on the particularities of the project, the elements that make it unique and the challenges you had to overcome?

Given that Kafireas is currently the largest wind facility in Greece, the first elements that makes it unique are its size and cost. The construction of the plant required an investment of around €300 million, the biggest sum in the Greek renewable sector, and more than 1,500,000 working hours with no accidents thanks to Enel Group’s strict safety policies. We pioneered the “Sustainable Construction Site” model in Greece by recycling 550,000 tons of soil and stones excavated during construction, as well as the reuse of 10 tons of construction materials in cooperation with the local community. As with any project of this scale, there were some challenges, such as the extensive licensing process, the financial recession, and the harsh weather conditions, with winds often exceeding 100km per hour.

Following the success of Kafireas, Enel Green Power continues to invest in Greece with plans for a solar PV park in Northern Greece, Veroia. Can you elaborate on the company’s competitive presence in Greece and share with us other strategic investment plans in the near and medium term?

We recently won the contract to build a solar PV park in Veroia, underscoring our long-term commitment to renewables and to Greece. We are certainly invested in Greece’s energy future, where we are already a leading owner and operator in the sector, with around 470 MW of installed capacity. Through its robust technological expertise, Enel Green Power is contributing to the ambitious goals of Greece’s National Energy and Climate Plan (NECP) aimed at increasing the share of renewables in the country’s overall final energy consumption to at least 35 percent by 2030. Our projects are mainly focused on wind and solar PV.

As the Head of Power Generation Europe, what is your assessment of Greece’s progress in renewable energy and how important is the Greek market to Enel Group from a broader perspective, considering the size of Greece and its potential in renewables?

Over the past few years, the country has made significant progress towards its decarbonization goals and has given strong support to the expansion of renewables. As a result, wind energy capacity soared to new records in 2019 reaching a record installed capacity of 727.5 MW. However, in light of Greece’s 2028 full-decarbonization goal, more steps need to be taken quickly. For this reason, Enel Green Power, with its solid experience and its global presence in five continents, can contribute in the country’s energy transition.

Greece, despite its huge wind potential, has exploited only a small part of it, since the total installed capacity, before Kafireas, was about 3.000 MW. What are the main challenges in advancing the country’s wind potential and how can Greece further accelerate the pace of development?

2019 was a record year for wind energy and Kafireas was an important part of that, but there is still more to be done. The regulatory uncertainty and barriers pose the most pressing challenges to the development of the sector, not only nationally but globally. Beyond that, fair and transparent market integration rules for renewable energy are needed, which will facilitate investments. Finally, a clear framework outlining the process for corporate Power Purchase Agreements (PPAs) should be set up to make it easier for customers to meet their energy needs with the country’s renewable sources.

EU Member States have agreed on a new EU renewable energy target of at least 27 percent by 2030. Greece nearly doubled its share from renewable energy sources between 2004 and 2017. Eurostat expects Greece to reach the 18 percent target set for 2020. What is the role you would like Enel Green Power to play within the scope of the broader renewables’ advancement in Greece?

We can support the Greek energy transition with the sustainable energy produced by our renewable plants, and by leveraging our leading role as the world’s largest private renewable player and our expertise in combining innovation and sustainability in its plants.

Kafireas has triggered investors’ appetite for Greece, as it proved that large-scale investments can be implemented in the country while being profitable, paving the way for future RES projects

Enel Green Power was included in Fortune’s prestigious “Change the World” list, in 2018 which rewards companies focused on creating positive social impact through their business, and was ranked among the 21 companies recognized in the first edition of the Quality Net Foundation’s Sustainability Performance Directory in the Greek Market. What is Enel’s model in CSR and what does sustainability mean to you?

Sustainability for Enel Group means creating shared value for all of our stakeholders. We are able to combine entrepreneurship and stakeholder needs to produce clean energy, mitigating environmental impacts and generating financial returns. The path to achieving these goals depends on one concept: keeping sustainability at the core of our strategy. Being sustainable means working on renewable projects that generate affordable, emission-free energy and have a short time-to-market, ensuring a quick return on investment.  That is why we have launched the “Sustainable Construction Site” model, which is designed to significantly decrease the environmental footprint of our construction activities. Furthermore, we try to combine the achievement of our business objectives with a specific contribution to the socio-economic development of the areas we operate in. We are working to reach this goal through the establishment of stable and positive long-term relationships.

In general terms, Greece’s economy is entering a new era of growth and there has been an increase in investor interest. As projects like Kafireas pave the way for more foreign investment in Greece, what advice would you give to German entrepreneurs or investors who are considering to enter the Greek market?

Kafireas has triggered investors’ appetite for Greece, as it proved that large-scale investments can be implemented in the country while being profitable, paving the way for future RES investments. In my view, an investor who would like to enter into the Greek market should draw up a solid business plan with a strong focus on sustainability and innovation.