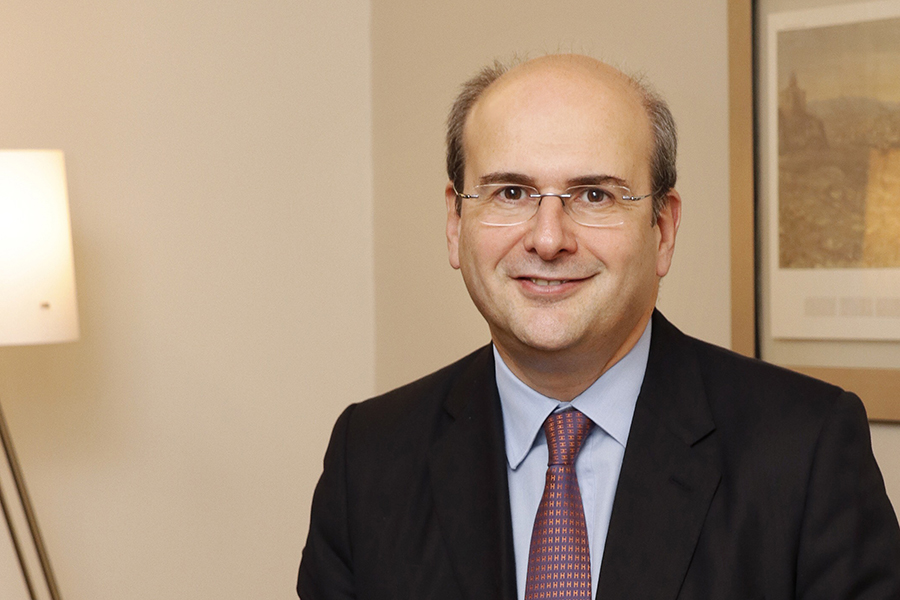 Minister of Energy and the Environment

The new, business-friendly government of Greece is continuing the drive to liberalize the energy market and privatize struggling state companies while moving the entire production system to a greener model that follows the best European practices. Minister Kostis Hatzidakis, who has a long career in Greek and EU politics, discusses ongoing projects in natural gas pipelines, decarbonization, underwater electrification and oil exploration, and opportunities for investment

You were appointed on July 9, but you are not by any means new to politics. How does your experience help you in your current position?

I was a member of the European Parliament for 13 years, and my basic objective for Greece is for the country to follow the best European practices. This is my deep belief. In my previous post as development minister I worked on several important reforms: I tried to liberalize markets based on OECD methodology, and I also dealt with the launch of a very important four-motorway project, the simplification of business licensing procedures, and more. Before that, as transportation minister, I privatized Olympic Airways and also dealt with the modernization and partial privatization of our railway company. The common denominator that cuts across all of this is that I always tried to follow the best European practices, with an emphasis on liberalizing our economy and privatizing state-owned entities that were not productive.

My basic objective for Greece is for the country to follow the best European practices. This is my deep belief

One of the first measures you have announced as energy and environment minister is a rescue plan for the struggling state-owned Public Power Corporation (PPC). Can you give us an overview of this plan?

The plan has two pillars. The first one involves the liquidity of the company, which covers 75% of the Greek energy market but had very acute problems. According to the latest accounting reports, the liquidity problem has now been solved, so now we have to focus on the second pillar, which is implementing reforms within the company. That means the decarbonization of PPC in particular and of Greece in general, where we will shut down lignite-based electricity generation units by 2028. In November 2019, we passed a law law to address the paralysis of PPC due to some unnecessary restrictions concerning state-owned entities. We are also proceeding with the  partial privatization of HEDNO, which is the electricity distribution network. And we are encouraging PPC to work in partnerships with the private sector – whether Greek, European or international partners – on renewables, because this is the future and PPC is still lagging behind. These are the main reforms that are being tackled by tackled at PPC with support from the government. At the same time we are combining this with an effort to fully liberalize the electricity market because it is the only way forward.

Greece’s strategic geopolitical position could turn it into a regional hub for natural gas through projects like the East Med pipeline and Trans-Adriatic Pipeline (TAP). What role can Greece play in energy security in Europe?

We are trying to strengthen Greece’s geostrategic position in the region by utilizing energy projects to this end. In this framework we are happy to see TAP works fully completed in Greece, and we are happy to see the agreement between Greece and Bulgaria concerning the natural gas interconnector pipeline (IGB) also completed. The initial idea was my own 10 years ago; the process was delayed but the project has finally been signed in Sofia recently. On January 2nd we have signed an Intergovernmental Agreement with Cyprus and Israel for the East Med gas pipeline, a project which is very important for us And there is also the FSRU regasification station in Alexandroupolis, which will be linked to TAP and IGB. All these projects are closely linked to our strategy on gas and energy in general, which is the diversification of imports and routes. By doing this we believe we will strengthen the geostrategic position of Greece.

Green energy is the future, but Greece is still lagging behind. What is your ministry doing about it?

In December 2019 we submitted to the European Commission our revised National Energy and Climate Strategy, which is fully aligned with the European Green Deal. This plan places the emphasis on renewable energy, and our target is to cover up to 35% of our energy needs through renewables by 2030. If you combine this target with the decarbonization policy, you will understand that we want to become one of the pioneers in the EU. So on one hand we want to adopt the European agenda, to liberalize our markets, and on the other we want to have a really green approach to the sector.

What cooperation do you foresee between Greece and Germany, and how will your ministry provide incentives for it?

I think that the best incentive is political and economic stability. It is obvious that after the elections, a new climate has been created, and it is equally obvious that this is a business-friendly government: we have announced tax reductions, and one of the first bills that we passed in Parliament (in October 2019) simplifies business licensing, including environmental licensing, and cuts red tape in general in order to make entrepreneurs’ lives easier. This is the best safety net for anybody wishing to invest in Greece. Given Greece’s position in the market, you can see that it has an obvious advantage, both in terms of photovoltaics and wind turbines. We aim to exploit this advantage, and I am sure that this government will surprise the markets and investors in a positive way; we will attract FDI from all European countries and particularly from Germany, which is too large to be ignored.

The Spanish giant Repsol recently signed lease agreements with Hellenic Petroleum to conduct oil and gas exploration in two offshore blocks. Are there any further projects for exploration in blocks, and any opportunities for investment?

We have 13 blocs that are licensed to some very well-known groups like Exxon Mobil, Repsol and Total, as well as Greek groups like Energean I think we have a sound basis to proceed. We ratified the agreements for four blocs in the Ionian Sea and in Southwestern Crete, which were signed by the previous government, and we did so without any delay to convey the message that we are a business-friendly country. But I would also like to point out that we are taking into account the best environmental standards because the natural environment in Greece is our national wealth and we have to protect it through sustainable policies. 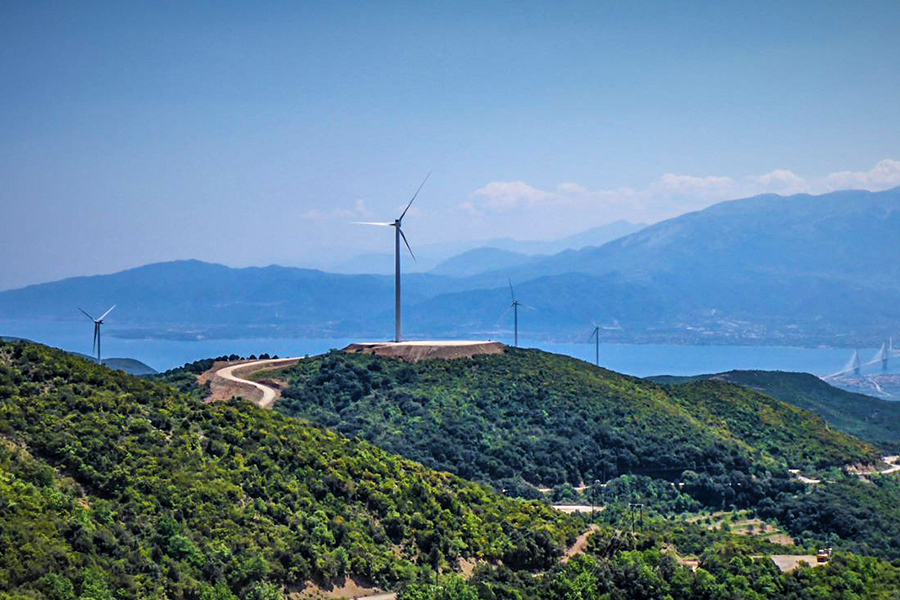 What about the project to bring submarine power cables to the islands from Attica?

The underwater electricity interconnections between mainland Greece and the islands is more than necessary: first for economic reasons, as every year taxpayers spend €800 million to cover the needs of the islands; and secondly for obvious environmental reasons. We are determined to speed up these projects starting with Crete, not only because it is the biggest island, but also because we have to shut down the old PPC stations and meet EU targets.

You have a long career in politics and have already been involved in several major liberalization and privatization projects. But looking three to four years down the line, what is the legacy you would like to be remembered for?

My personal priority is the environment. I have two different priorities: the first one is to adopt as soon as possible all the necessary reforms to protect the environment, which means energy efficiency policies, electromobility, withdrawal of single-use plastics, protection of forests, decarbonisation of PPC and the energy market in general. My second priority is to liberalize the markets; to partially privatize HEDNO and to fully privatize DEPA, the national gas company of Greece; and generally to adopt the necessary reforms to liberalize the electricity market and adapt to the best European practices.

Everyone is speaking about the next generation in electromobility. How can this be adapted to the Greek market?

We are still lagging behind, so we have to hurry. This is why we have formed a joint committee between the ministries of Finance, Transportation and Environment that started working right after the elections with outside experts from the United States and the Netherlands, although German experts are more than welcome. This committee is tasked with helping us cover the gap, because it is important both for the national economy and the environment.

Related Interviews
Minister of Energy and the Environment