Greek companies are increasingly forming reputable international brands, especially in the heavy industry and pharmaceutical sectors. The positive performance of Greek companies abroad is owed in part to the country’s strong export earnings, which showed surprising resilience throughout the financial crisis. 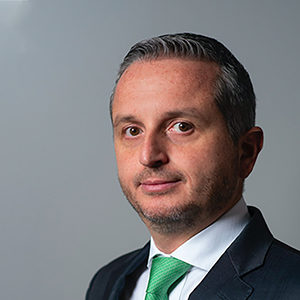 Batteries for forklifts are highly customized

“During the crisis, there was one element of the economy that I described as a small miracle, and that was the export industry,” recalls Constantine Michalos, President of the Athens Chamber of Commerce. “While Greek companies and society were suffering, the export community was flying: over the past few years we have seen double-digit increases on an annual basis,” he adds.

Industrial battery maker Sunlight, part of the Olympia Group, is one such Greek company that has developed an international brand. “Sunlight is a Greek company, but most of our sales are exports in over 100 countries around the world,” says Sunlight CEO Robby Bourlas. “We also have the most modern and largest industrial battery manufacturing plant in the world, with a capacity up to 3 million cells, an assembly line in Verona, Italy, and another assembly plant to come soon in North Carolina, USA,” adds Bourlas.

Sunlight has the most modern battery plant in the world

Critically, Sunlight was granted a €12.5 million loan by the European Investment Bank (EIB), the first support for industrial development in Greece under the bank’s lending initiative. Bourlas now hopes the company can be a case study for other Greek companies looking to receive EIB support.

Biopharmaceutical company AbbVie has established Greece as a regional hub in clinical research, targeting specific, difficult-to-cure diseases. “Greece has significant advantages for conducting clinical trials, both in terms of skills and infrastructure,” says Paschalis Apostolidis, General Manager of AbbVie. “Our commitment in innovation and science is reflected in our portfolio, which contains therapies in 32 diseases,” Apostolidis says.