One of Greece’s main goals post-financial crisis has been to rebrand the country as an investment-friendly destination, especially for German investors, who make up the lion’s share of FDI. As a result, the new Greek government is demonstrating its willingness to roll out reforms to tackle bureaucracy and an inefficient judicial system. 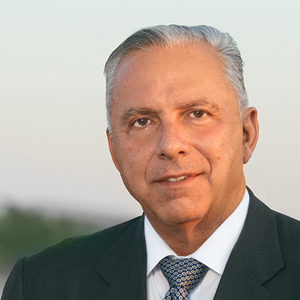 Germany is present in Greece with more than 160 enterprises

Business leaders have been quick to approve of the government’s actions. “As a result of reforms, Greece is in a much better place today than it was at the beginning of the crisis,” says Konstantinos Marangos, President of the German-Hellenic Chamber of Commerce and Industry (AHK). “Until recently, the economy was not flexible enough, but Greece is now on the right track,” he adds.

During the financial crisis, Marangos says that German businesses held steadfast in the Greek market, owing to the strong business relations the two nations have long shared. “German companies did not abandon Greece during the crisis, and that was our main goal,” reflects Marangos.

“Germany is present in Greece with more than 160 enterprises with an annual turnover of approximately €8.3 billion, representing 3% of the Greek GDP. At the same time, the workforce of these companies adds up to 29,000,” Marangos explains. “German direct investment flows reached €6 billion during the critical period of 2008 to 2018. These figures prove that German companies have a strong presence in Greece, even during the period of economic crisis,” he adds.

Numerous large German corporations have come to symbolize the resilience of the bilateral relationship. Deutsche Telekom continued to invest in Greece during the crisis, and Fraport made large investments in regional airports across the nation. Indeed, even the emerging Greek tech sector has benefited. “A typical example is the acquisition of TAXIBEAT by Daimler,” says Marangos.

Most recently, during a March forum, a memorandum of understanding was signed between Germany’s RWE and Greece’s Public Power Corporation on strategic corporation in the fields of sustainable green energy, marking yet another bilateral deal that came despite global upheaval from the coronavirus pandemic.