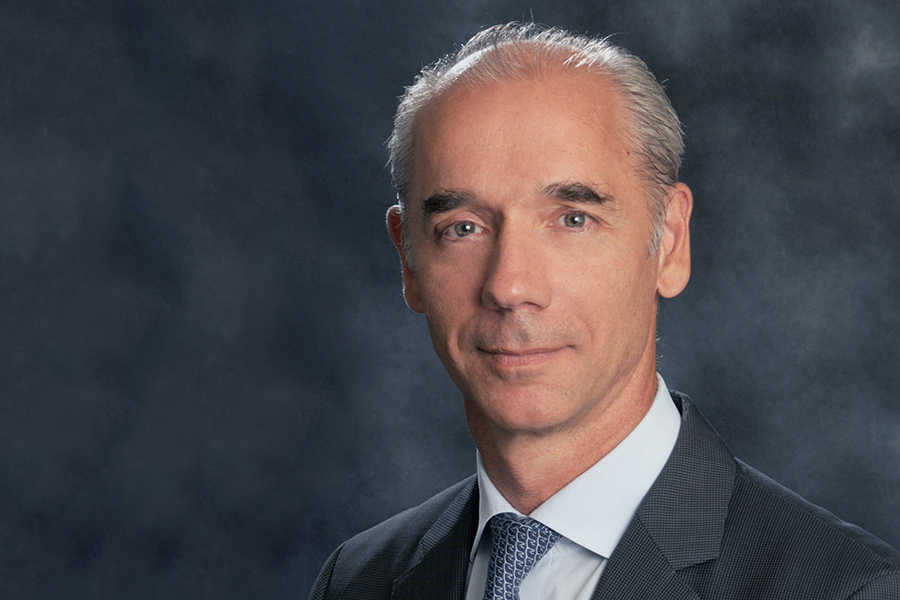 The Aegean Motorway was successfully completed in 2017. What is your evaluation of the road project and how it has contributed to Greece’s socioeconomic growth and transformation?

The Aegean Motorway route connects the two major cities Athens and Thessaloniki in Greece and is part of the backbone of the modern motorway network across the country. It has changed the landscape of Greece, especially in allowing us to bypass dangerous areas that historically have led to many fatal accidents. This motorway and the others have significantly improved traffic safety in Greece. When I was a child, we would make the drive along what is now the Aegean Motorway and would wind through villages on sometimes pothole-filled roads. During bad weather, there were accidents constantly. Now, people are very happy to have safe and well-maintained roads. We were previously top of the list in Europe in terms of fatal accidents. We have vastly improved from this sad statistic and want to continue doing so. We had the support of the Greek government and the EU and the commitment of our shareholders also during challenging times, and we were finally able to complete the project. This project is a success story going through a deep recession and we were able to succeed when many others failed because we had a strong PPP structure. We created a boost to national construction numbers with more than 3,000 jobs, and following the completion of the roads, were able to offer users safer, faster and more convenient roads to travel. In the first 20 months of the project, we experienced a 20 percent increase in traffic in the new sections of the road that we built.

What has been the role of new or smart technologies in the execution of the Aegean Motorway project and what innovative services would you like to highlight?

Digital transformation has been part of our corporate plan and we actively participate in smart motorway conferences to exchange knowledge about new electronic tolling methods, traveler information systems, modern tunnel and incident management, as well as asset and energy management. I would like to highlight the state-of-the-art motorway management center we have at Aegean Motorway, which monitors the motorway in its entirety on a 24-hour basis. Especially in our tunnels, we are able to respond quickly to any incidents utilizing smart cameras and video technology for an automatic video incident Detection (AVID). Within a few seconds we know if someone is walking in the tunnel, a motorist has stopped, or if there is a fire, and we can work towards mitigating almost instantly. We have also a Public Announcement System in the new tunnels, and we are the only company in Greece that operates this technology. Tunnels close immediately in the face of a serious incident. In the next few months, we’ll launch on our website improved travelers’ information which will provide users with up to date information about the road situation and other important details.

What are some of the complexities and challenges your company experienced in delivering the Aegean Motorway project?

A project of this magnitude always has challenges and surprises. This is why only large and experienced companies can undertake these types of complex projects. They require good planning, good design, and a good collaboration with the client (government) as well as experienced construction partners. All of these factors were in place with our project. We worked with Greek and international companies on the project team. There were challenging geological conditions, serious archeological findings and difficult expropriations, which caused additional delays. The financial crisis led finally to the suspension of works for two and a half years when project funding was disrupted. With the support of the EU, the Greek state, Lenders, and our shareholders, we were able to successfully restructure the project with a Lenders consortium that was a mixture of foreign and Greek banks. We did also a lot of communication work and conducted many information sessions with the local communities to create a dialogue and understanding of their prevailing issues.

How did the financial crisis decade impact the infrastructure projects in Greece as a whole?

Infrastructure projects of this magnitude, including roads, ports, and airports, have had a huge positive impact to the economy. The recession had a negative impact on those projects. This is why it is important that large projects have a public-private funding mix, so as to be more robust and overcome difficult market situations. Meanwhile, faith to the Greek Economy has been restored and I am optimistic about the future.

The European Transport Network directive aims to integrate transport networks across Europe. What does Greece need to be able to modernize infrastructure in accordance with EU directives and to exploit the country’s potential as a logistics hub?

The country has invested a lot in roads and airports. The Athens International Airport was completed on time and regional airports are undergoing major modernization. After completion of the motorways, we have an excellent motorway network of 2,300 km. Also, the port of Piraeus is meanwhile one of the largest container terminals of Europe. Now, the country needs to focus more on railways and seaports, where there is a need for modernization and investment. After the necessary upgrades, we can talk about inter-modality and how the different transport modes can be combined for the purpose of efficient supply chains. This is important in positioning Greece as a logistics hub. The next generation of projects should also include revamping the existing infrastructure to make it smarter. In tandem with transportation modes, it is important to develop further other basic infrastructure, such as waste management, energy, and telecommunications. There’s a big investment opportunity here.

What is your experience and views on the funding of these large infrastructure projects?

There are two ways of conducting large-scale projects, either as a public project or as PPP. I believe the new government’s priority is PPP, which I fully support and believe is the right approach. The funding from the Greek state and the EU is important for large infrastructure of national and European importance since by default there is always a funding gap. Without the state’s support, we would have to institute much higher tolls to recover the investment, which would make the use unattractive.  The public contribution in our case was of vital importance, especially with the recession where we had issues with private lenders, but could temporarily continue to draw funding from the state and tolls to continue our work. This funding mix allowed us to continue the project until the restructuring of the project and reinstatement of private funding was completed. Now that construction is completed, the operation is self-financed.

The economic relationship between Greece and Germany has a very long history, and the German Hellenic Chamber of Commerce has an over 90-year presence in Greece

How do you think Greek-German relations and cooperation can increase, especially in infrastructure projects?

The economic relationship between Greece and Germany has a very long history, and the Greek Hellenic Chamber of Commerce has an over 90-year presence in Greece. German direct investment between 2007 and 2018 has been 6.33 bl Euro. In terms of major infrastructure German investors have been engaged in the new Athens airport project, two major motorways (HOCHTIEF Solutions is the largest shareholder of Aegean Motorway with 38.89%), and in the fourteen regional airports that were privatized in 2017 and are undergoing major modernization. I believe the two countries have learned a lot from each other and provide for a good cultural fit. In infrastructure, they can share objectives in advancing Greece’s infrastructure, whether it be in ports, roads, waste management, or energy. We’ve proven over the years that German discipline and financing combined with Greek engineering and engagement is a recipe for successful projects.

What are your plans for the future in the short and medium future for Aegean Motorways?

The operational phase of the motorways poses a new era with new challenges and opportunities. We want to become a leading motorway with excellent services for our customers while simultaneously being committed to protecting the environment, lowering our carbon footprint, working in harmony with the local communities, and developing our staff. Digital transformation is on our agenda to improve the user experience and management of our assets.  We have won four awards in 2019 for our environmental leadership and initiatives and will continue on this path. We are the only company in Greece and one of the very few in Europe that converted all street lights to LED technology which saved us more than 60 percent in energy consumption. We will retain our already established CSR programs such as those focused on educating children about road safety. We are committed to sustainable growth and have adopted the development goals of the United Nations for achieving a better and more sustainable future.